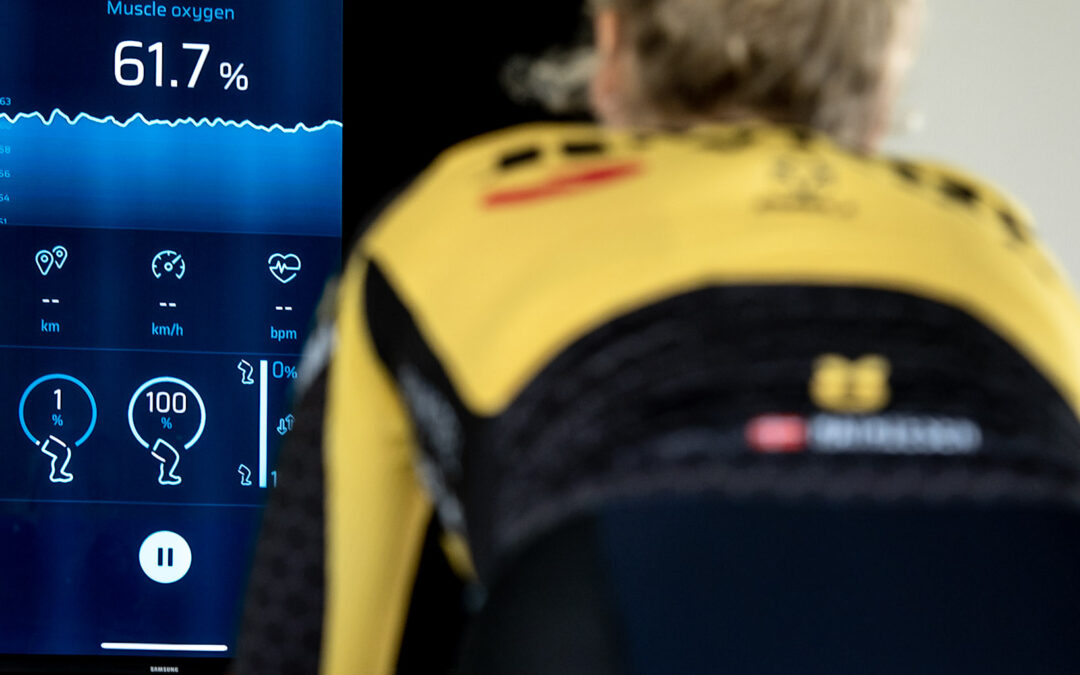 Before this article, we sent our sales manager into the pain-cave to test the effect of a thorough warm-up before a challenging workout. The examples are based on Jesper’s physiology, and he will share his experiences with you.

We often mention why warming up is essential in ensuring that you are ready to receive high-intensity training. We have always believed that warming up would improve training, and with GRASPOR, we can quantify the improvements.

Are you one of those cyclists who never warms up or only warms up before a time trial or a tough race? Then it might be a good idea for you to keep on reading because we think you will be as surprised as we have been.

Hi, my name is Jesper Vinkel. I am the sales manager for GRASPOR. In my spare time, I love cycling and have always enjoyed riding my bike. I raced at a high level throughout my youth and early 20s, including a few years at the continental level.

I had never practised warming up before I started using GRASPOR in my training. You can read my conclusions about my own lack of warming up before training for ten years in the end… But first, I want to take you through my two training examples.

How we did it

After the warm-up, I did the same interval set consisting of 5 repetitions of 3 minutes at 310 watts with 1 minute at 150 watts in between as recovery. 310 watts correspond to the low end of zone 4.

From the summer of 2020 to January 1st 2021, I haven’t ridden my bike more than five times. Since January 1st, however, I have completed structured training with GRASPOR. Over the last four-and-a-half months, I have perfected the protocol below to fit my warm-up and achieve adequate oxygenation to the muscles before I begin my intervals:

The picture to the right shows the workout, where I did my warm-up protocol before the intervals. The first 26 minutes is the warm-up protocol you just saw above. The protocol begins with 8 minutes at 150 watts, where the oxygenation increases. This increase is due to the heart being activated, after which it pumps harder and more often. At the same time, the blood vessels expand so an increased amount of blood can flow out into the muscles.

After the 8 minutes, I do two repetitions of 3 minutes, starting at 200 watts and progressively increasing the effort to 350 watts. The 350 watts is just above my threshold, and I stop here to not over-stress the muscles during the warm-up. 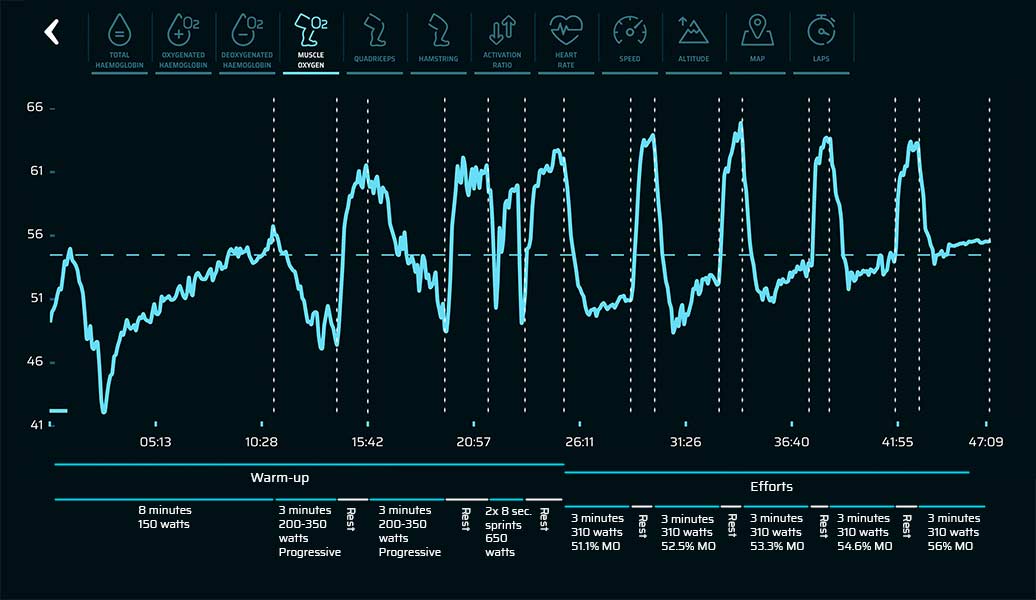 During the progressive effort, my oxygenation is still rising due to blood vessels continuing to expand, causing the total amount of blood in the muscle to increase. In addition, the more challenging efforts during the warm-up increase the muscles’ ability to draw oxygen from the blood vessels and into the muscle. To prepare for the intervals, the amount of oxygen must be sufficient. Still, the muscles must draw the oxygen from the blood. The muscles use the oxygen to produce the energy that allows the muscle to contract and deliver force into the pedals.

To give the last boost to oxygen transportation from the blood vessels to the muscle, I do 2x 8 seconds at 650 watts and a cadence above 110 rpm. To finish and recover after the warm-up, I pedal easily at 150 watts, so my oxygenation stabilizes, which indicates that I am ready for my intervals.

During the first 3-minute interval at 310 watts, I had a 51.8% Muscle Oxygen average. Through the subsequent five efforts my Muscle Oxygen increases, and reaches an average of 56% during the fifth repetition. This increase means the stress on my muscles decreases over the five repetitions. To keep the same stress on my muscles, and my training quality, i should have increased my power output. 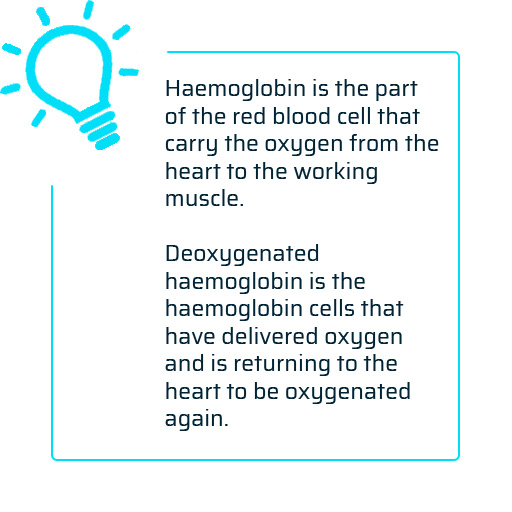 The workout without warm-up

The picture above shows the workout, where I did not practice warming up based on my protocol but instead did 8 minutes with an average of 200 watts.

During the first 3-minute effort at 310 watts, I had a 46.4% Muscle Oxygen average. In the last effort, my Muscle Oxygen had dropped to an average of 41%. This means that the stress on my muscles increases significantly through the five efforts. The oxygenation is so low due to the blood supply being insufficient before beginning the efforts. The blood supply is low because my heart was not sufficiently activated for strenuous exercise. In addition, my blood vessels were not sufficiently dilated for a sufficient amount of blood to transport oxygen to the muscle. 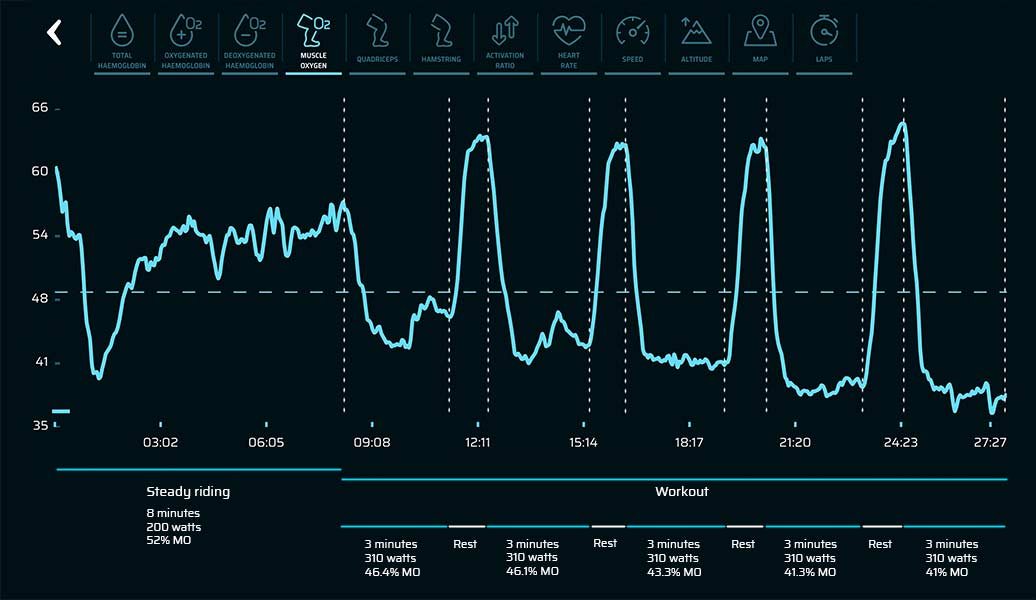 Further, the muscle’s ability to absorb oxygen from the capillaries and over to the muscle was also insufficient.

You can see the consequence of starting intervals without adequate warm-up in the image below. When the first interval begins, the oxygenation is at a level that corresponds to my zone 6 based on the Muscle Oxygen threshold test I did a week before. During the remaining efforts, the oxygenation decreases further, and the deoxygenated haemoglobin increases. This increase means that more energy and more oxygen are needed for the muscle to deliver the same power into the pedals. If I had more efforts afterwards, I most likely would have been unable to maintain the power.

The table below shows how I move from lower zone 4 to zone 3 in the workout where I warmed up, even though I were producing the same power. On the other hand, during the training without warming up, I am actually working in zone 6 instead of zone 4 as planned.

With a good recovery and warm-up, I can maintain 310 watts for about 1.5 hours. I will not start to accumulate lactic acid until 50-70 minutes into the effort. However, attempting the same without warming up, I experienced acid build-up after 2-2.5 minutes.

It is quite frightening that I actually produce zone 6 level stress on my muscles when producing zone 4 power. This fact has made me think about how that impacted my time as a cyclist.

What can I conclude from the fact that I have not practised warming up in my many years as a cyclist? What could I have achieved, and how has this affected my body and muscles?

First of all, I’m annoyed at not being aware of these benefits until a year-and-a-half after I stopped my active career.

My training stress has been significantly higher than what had been planned by my coach. In addition, it is essential to realize that over-stressing your muscles lead to a snowball effect. If you have over-stressed your muscles one day, the next day, you will need an even better warm-up. If you also skip it on the second, the stress will increase further. So by skipping the warm-up one day, the fatigue of your muscles can be much greater than expected and require a much longer recovery than expected. So basically, I have spent a lot of time on the bike, which has given me less benefit than expected. When I did intervals and expected I would become stronger, I have fatigued my muscles more, preventing the total gain of my training.

In addition, a funny side note, but which has a proper context.

In 2015-2017, I had nothing next to my cycling, and I spent an incredible number of hours on the bike and trained hard. But in 2018, I started studying and even got a student job. At the same time, I was racing at the same level as the years prior. I trained less than half the number of hours in 2018 compared to the previous years. Still, 2018 and 2019 were the years I started to compete in the top of the Danish A-class and even took some wins.

Was it because I lowered the hours and did not overload my muscles due to lack of warming up? After the last four-and-a-half months, where I have practised warming up and trained based on my oxygenation with GRASPOR, I think so. What do you think? And what about your performances? Maybe it is time for a training upgrade?

In the next article, we will look at the effect of warming up again. However, this time focusing on longer endurance rides. Sign up for our newsletter to receive a notification about when I have been in the pain cave again!

If you want to read further on the subject, you can read more here.

See you #GRASPORING on the road.

Continue leaning about GRASPOR with our oher articles 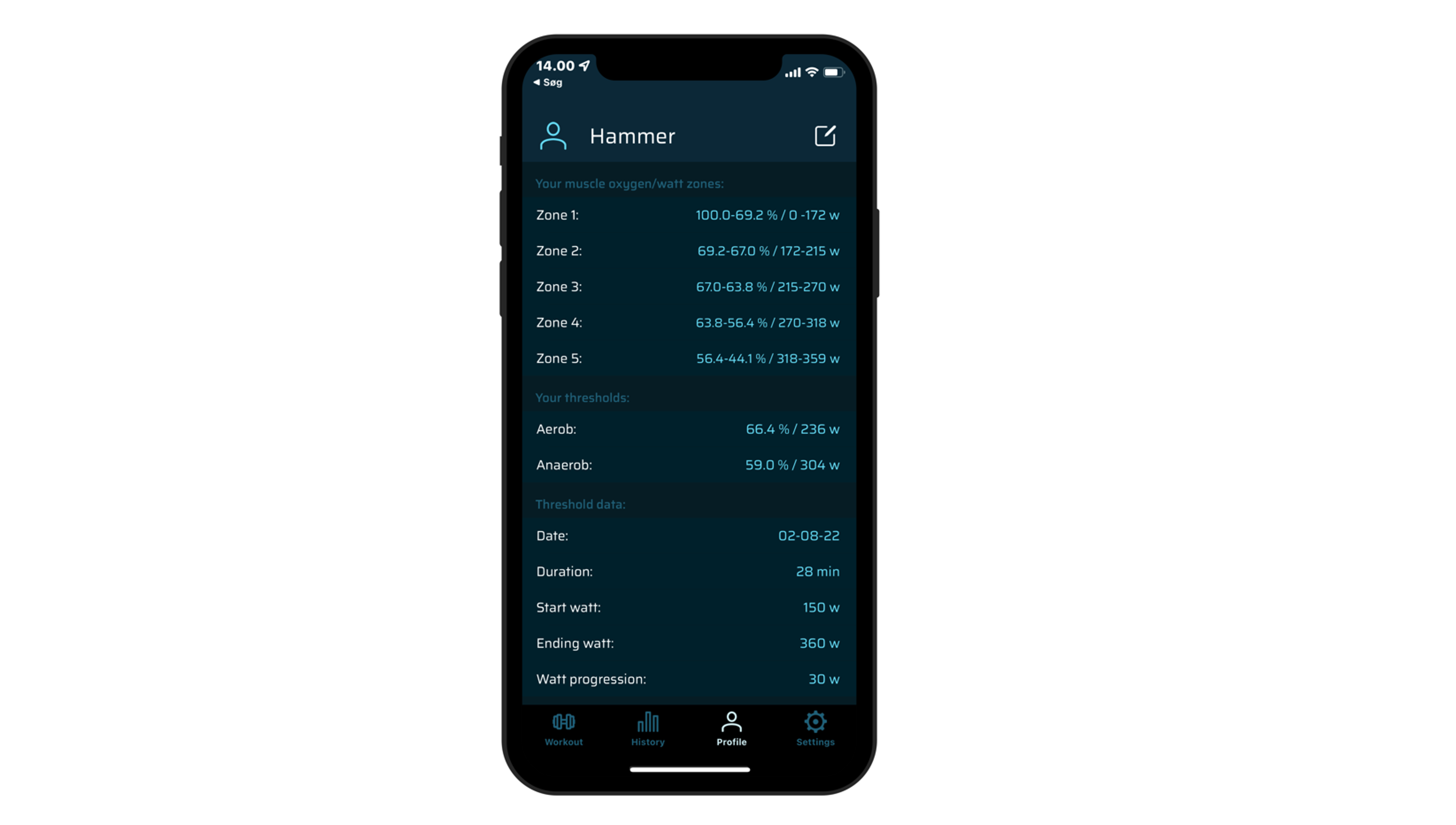 Guides Performance testing Real life use
Our new app feature, enables you to get your thresholds and your training zones automatically. It is based on a ramp test you can do at home
Read More 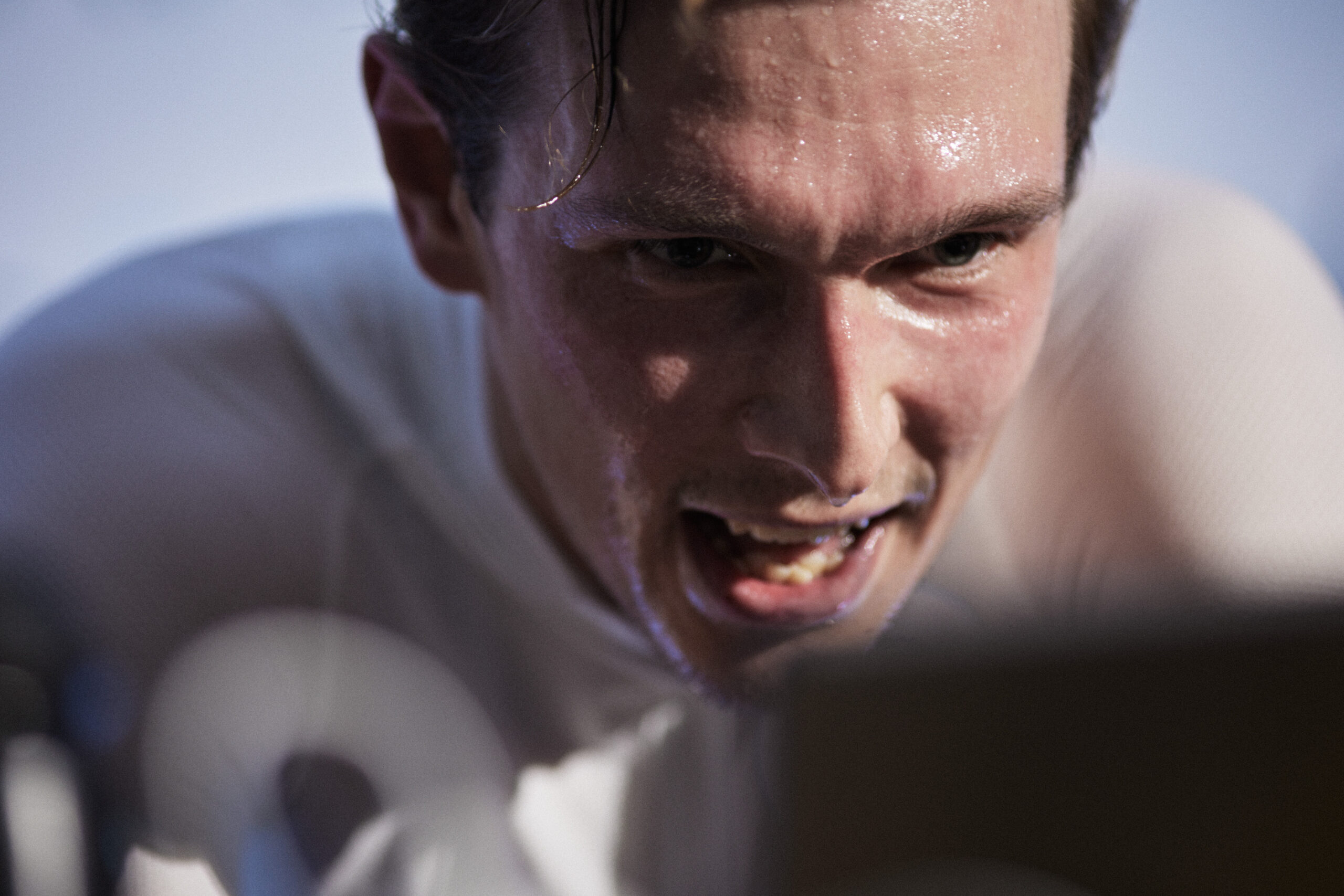 What is the Wingate test?

Guides Performance testing Real life use
The Wingate test is 90 seconds all-out effort and is used to identify your anaerobic weakness. This means the test allows you to quickly identify what and how to improve...
Read More 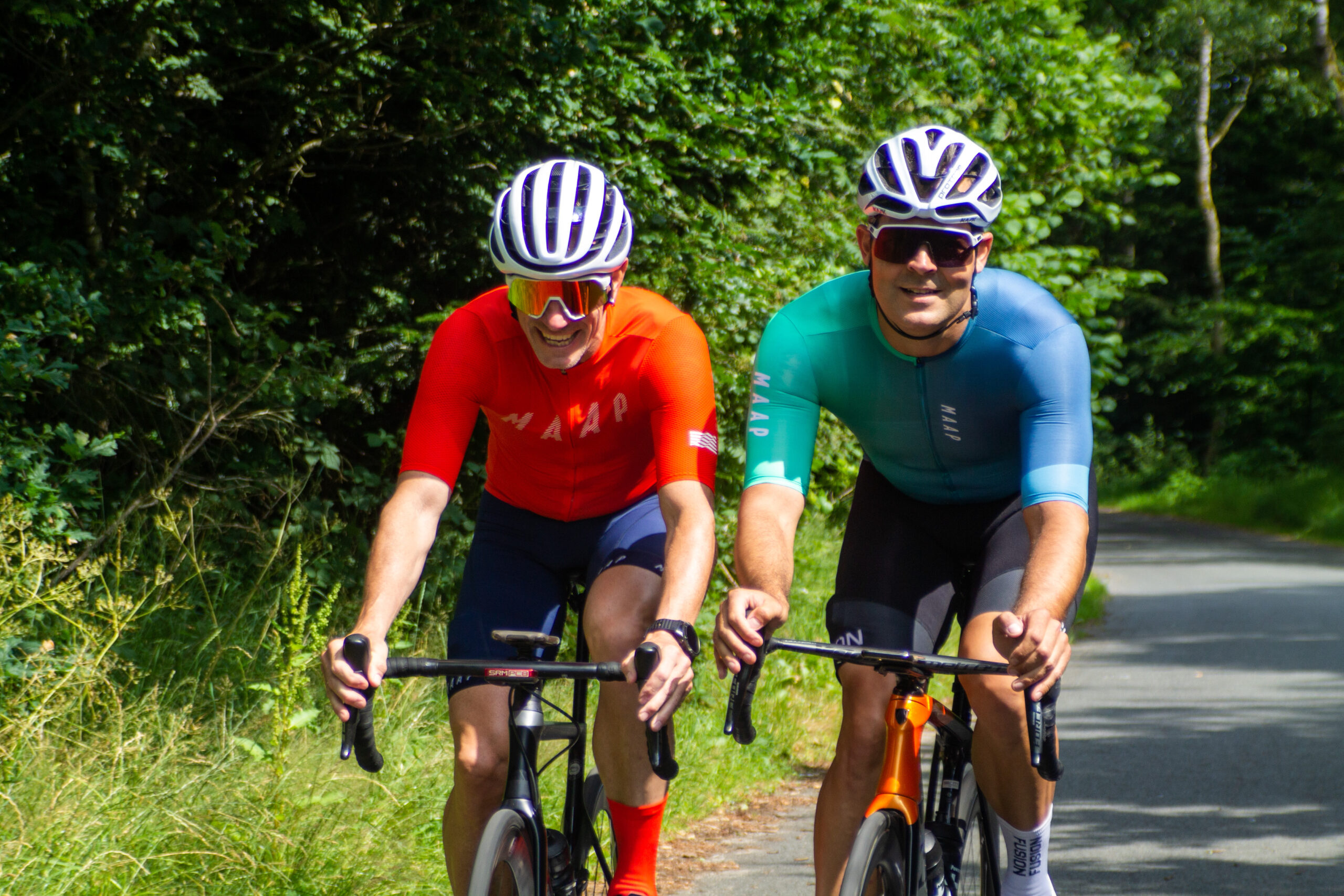 Why the aerobic threshold is important – and how you can use it to get faster.

Performance testing Science
One of the things that define the best endurance athletes in the world, is their aerobic threshold. This is the most important threshold...
Read More

How to use GRASPOR with your Garmin headunit 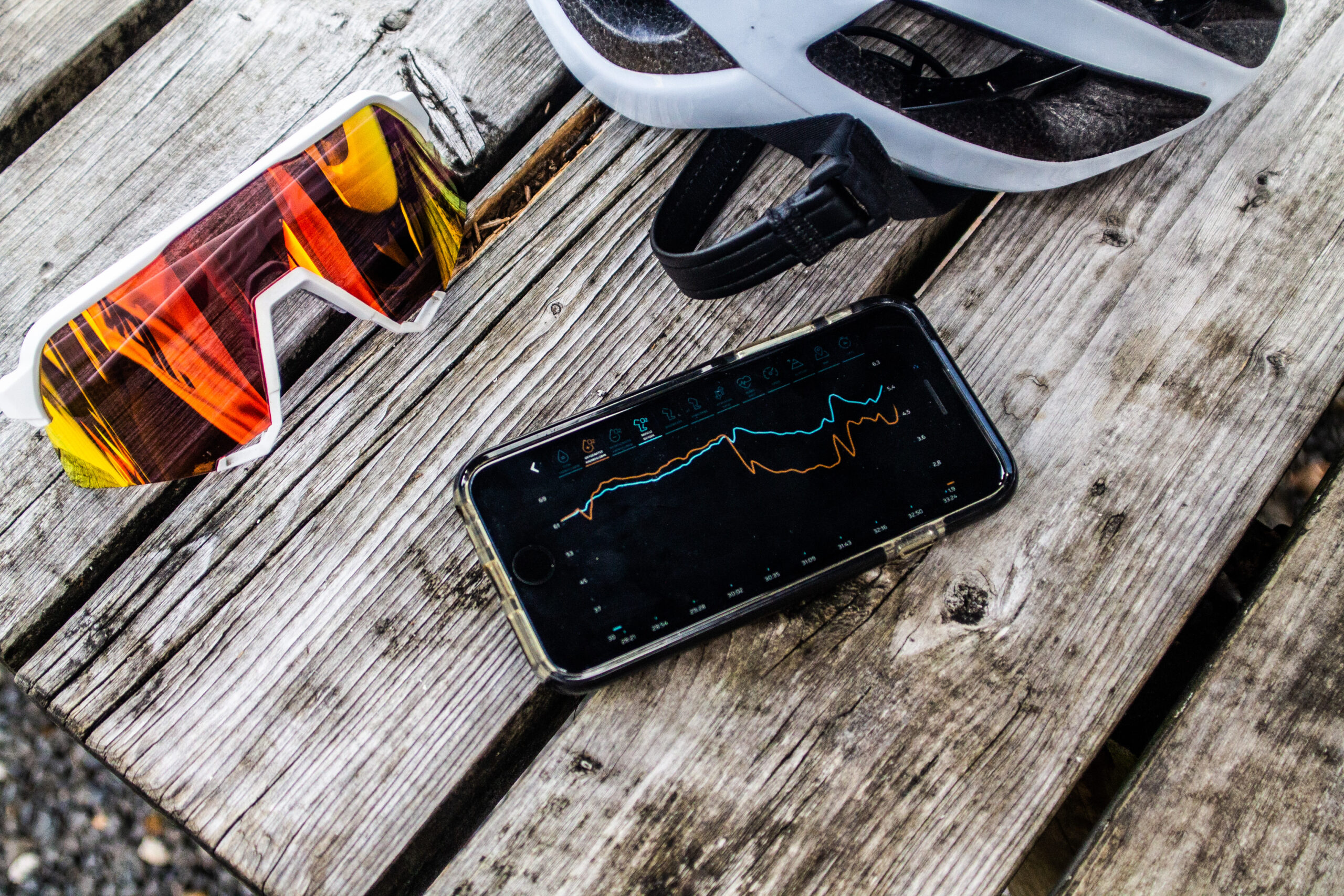 The science behind Muscle Oxygen

Science
GRASPOR measures the Muscle Oxygen. Below we will cover what, how and why we measure with GRASPOR...
Read More 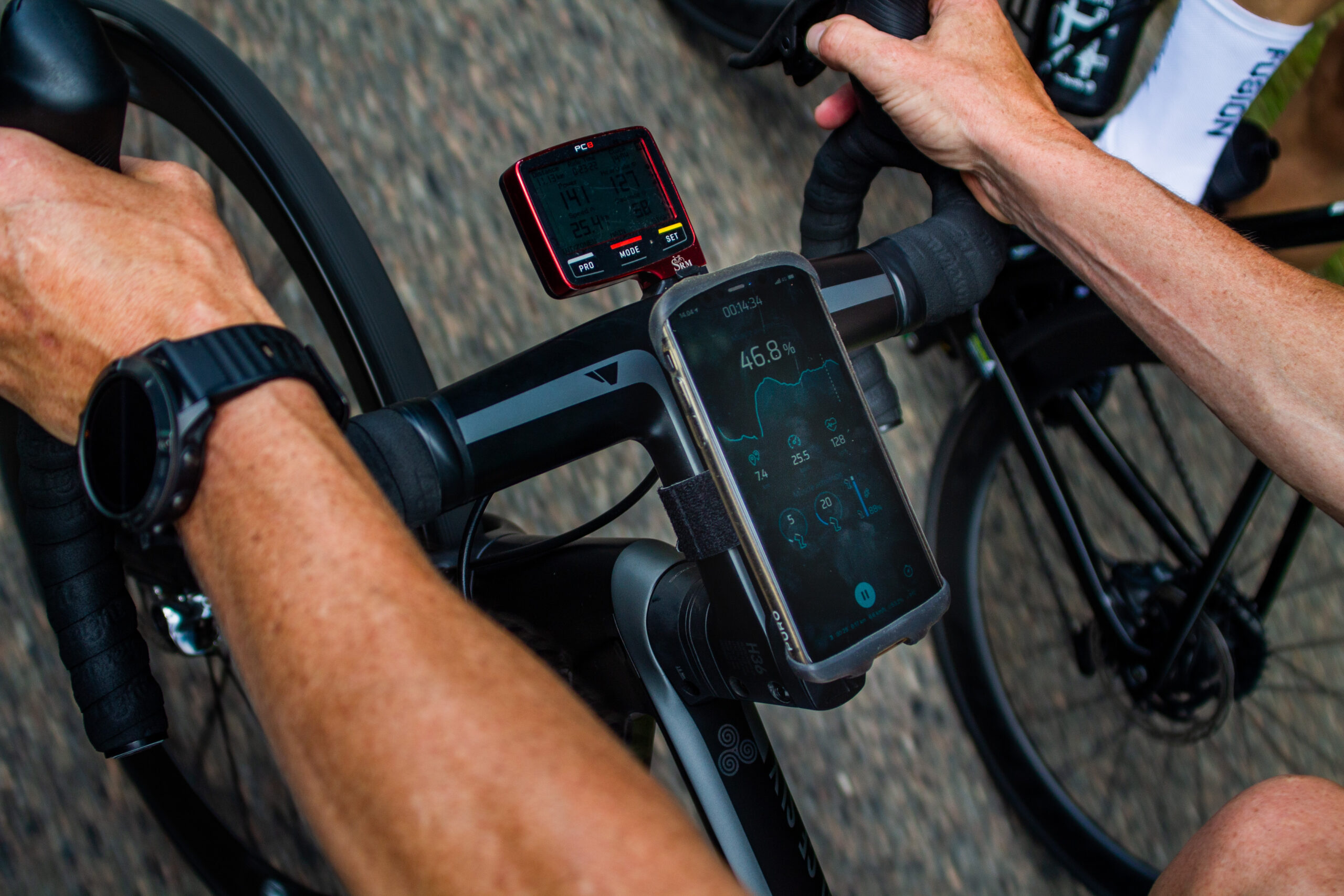 Science
Did you know that, if you start training without an adequate warm-up, you can potentially start the same processes that occur under VO2Max
Read More 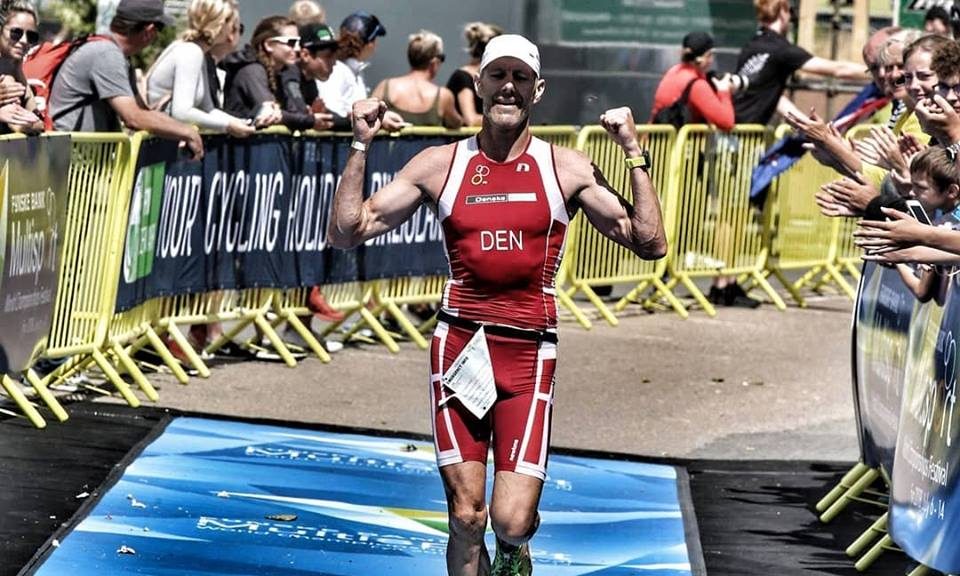 Warming up: The triathlon perspective

Real life use Warm-up
Here is the next part in our article series where we focus on warm-ups. This time, we have had a chat with 48-year-old triathlete and coach ...
Read More 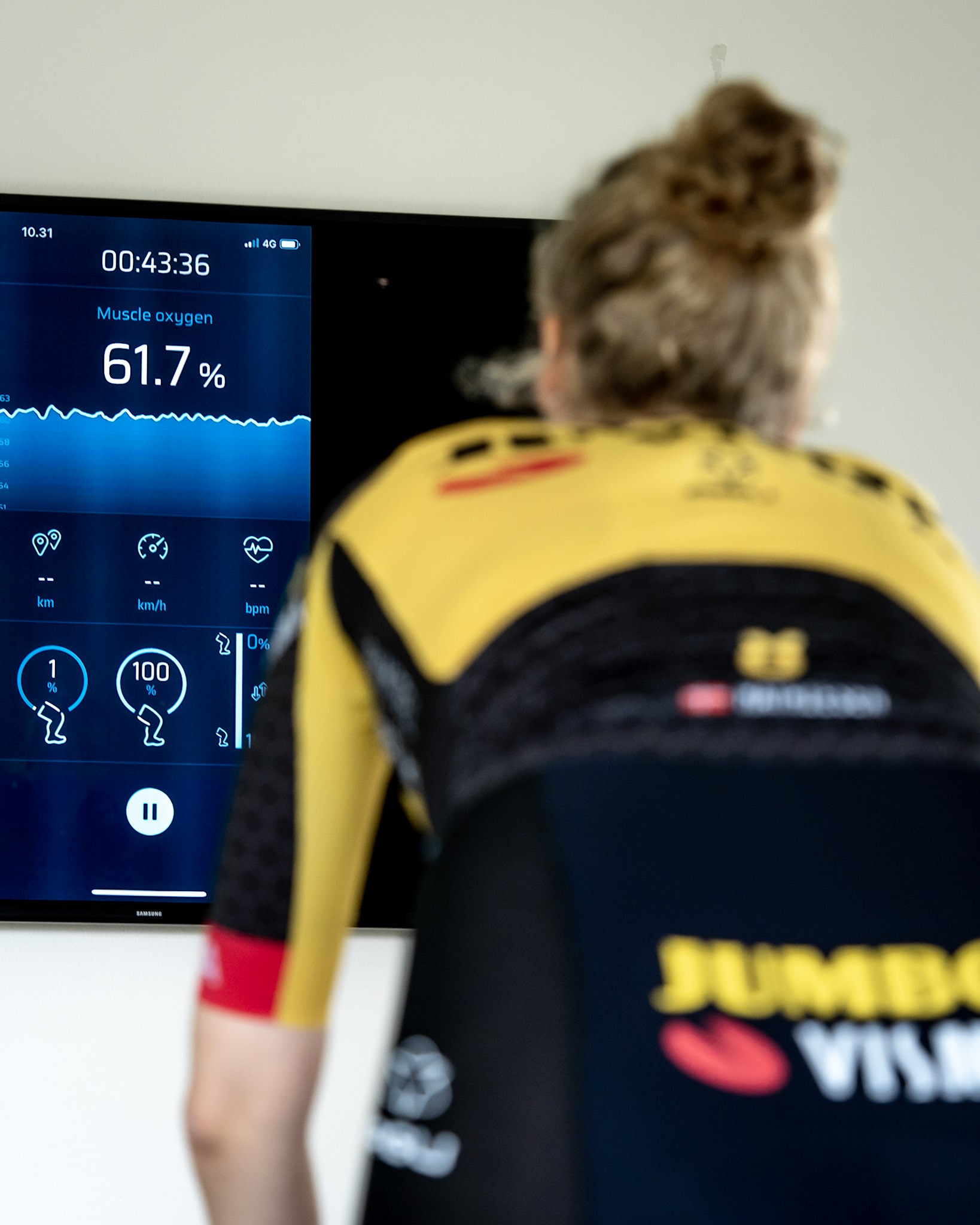 Real life use Warm-up
We often mention why warming up is essential in ensuring that you are ready to receive high-intensity training. We have always believed...
Read More 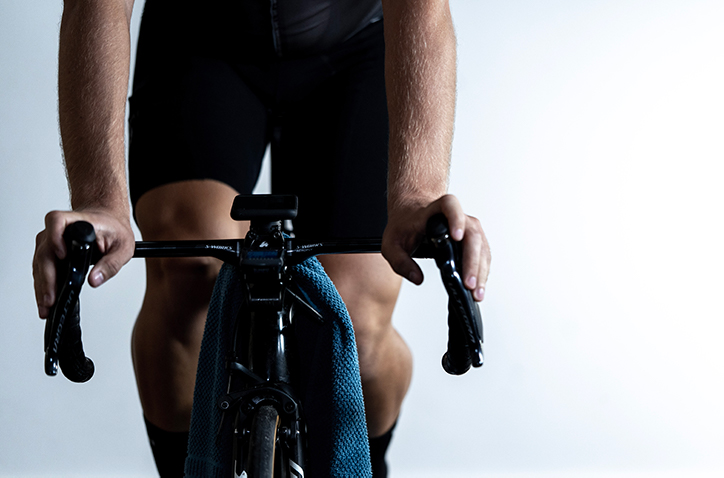 Why do we warm up?

Real life use Warm-up
Before a hard race or time trial, many of us complete some type of warm-up routine. It could be a few strenuous efforts, series of steps of...
Read More 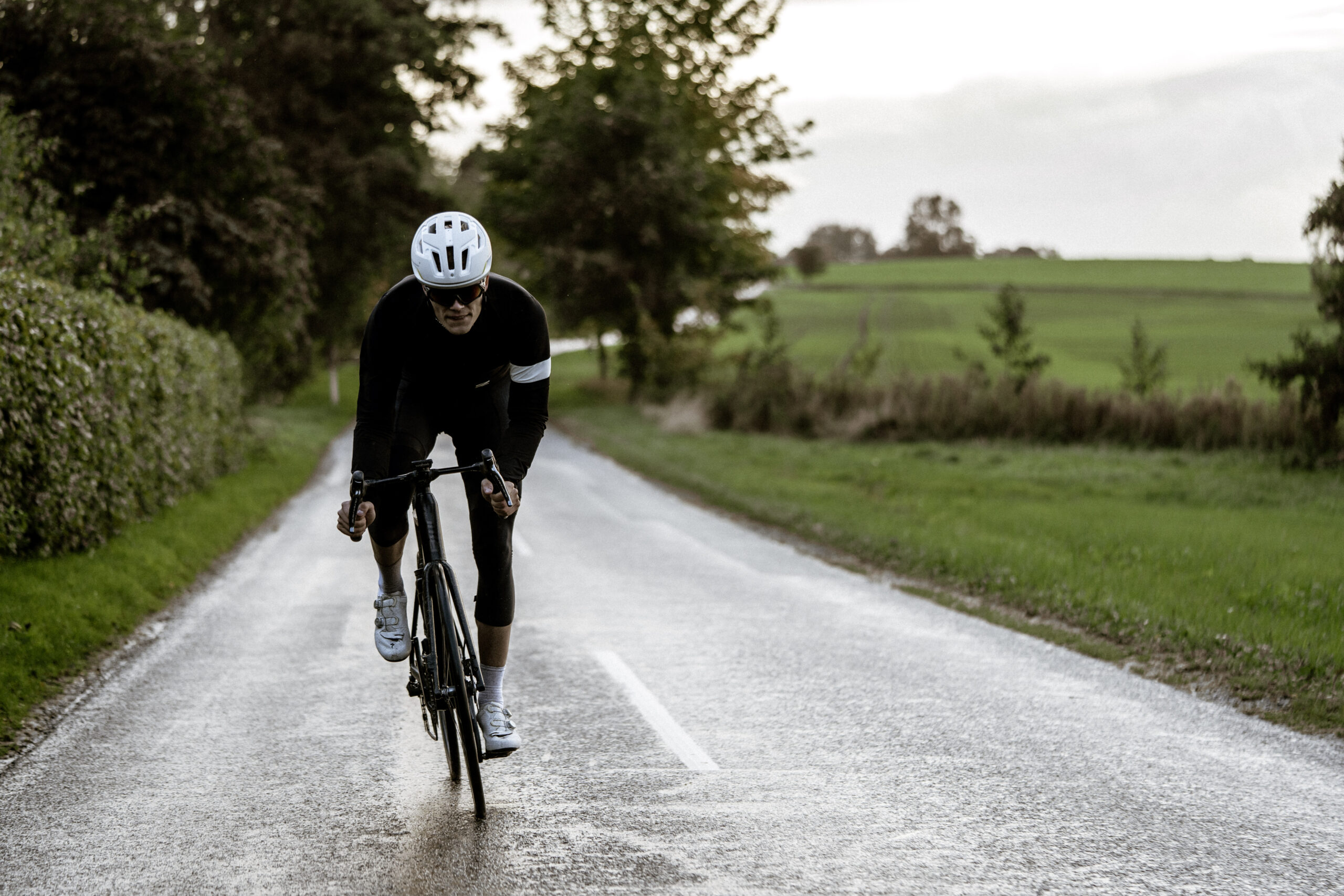 Performance testing Real life use
A major focus when planning a training program is finding the right intensities to train at...
Read More

Science
GRASPOR is your new training partner. This tool can help you improve your training through new insights and data from your body...
Read More 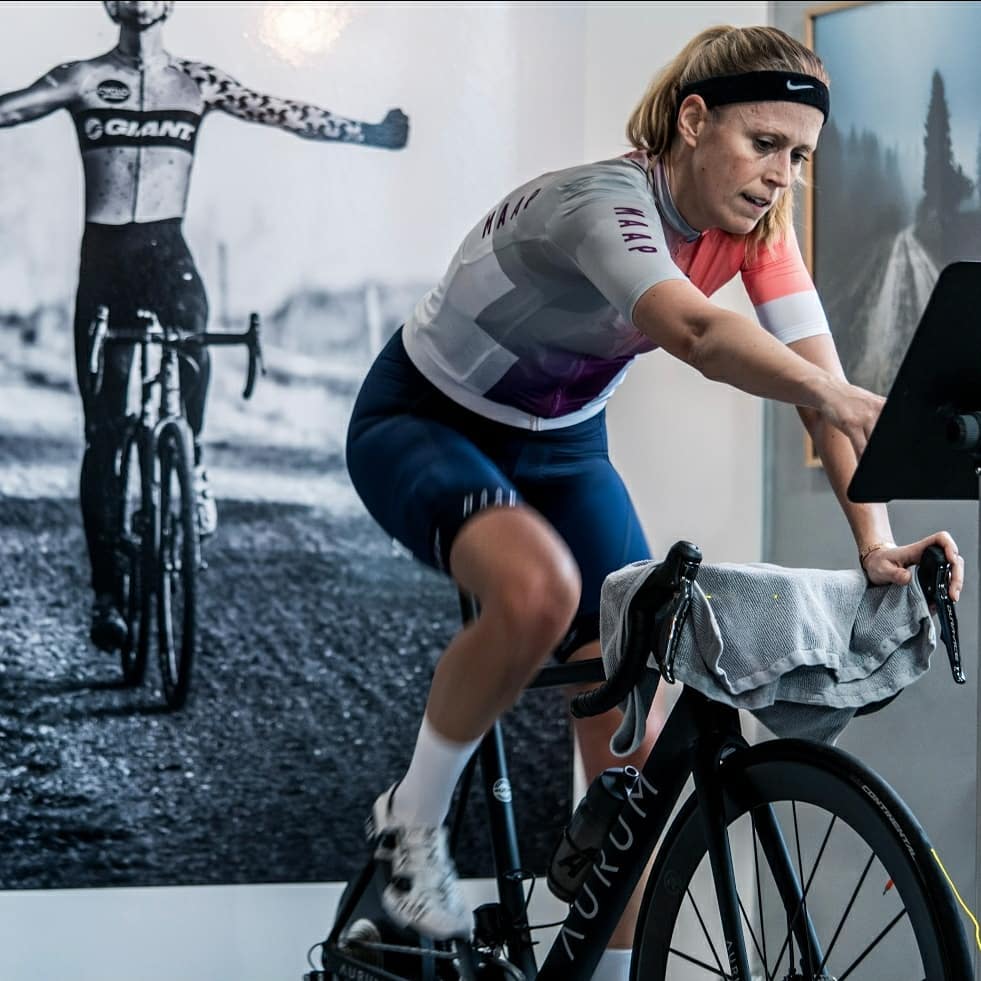 Real life use Warm-up
A main goal of a warm-up is to prepare the body for high intensity work by, among other things, increasing the flow of oxygenated blood available to the muscles...
Read More